The prestige of a Firgrove Manor apartment

With so many beautiful, modern apartments in the market, it is rare indeed to find one for sale set in a manor house with a depth and richness of history spanning several centuries. Unsurprisingly, as a private Grade II* listed manor house, Firgrove Manor is an attractive residence which offers the convenience of up to date living spaces and an apartment that we, at Mackenzie Smith, feel privileged to offer to the market.

A history of many intriguing and distinguished private owners can be mostly attributed to the early Georgian beauty of the building. Impressively, records of the grounds of Firgrove Manor reach as far back as the 11th Century AD, where the original hamlet and surrounding land belonged to King Edward the Confessor.
Having reigned from 1042 until 1066, King Edward foreshadowed the infamous Battle of Hastings, and is said to have potentially promised the throne to William, Duke of Normandy before actually passing it to Prince Harold. The pious King Edward transferred the lands to Westminster Abbey, where Firgrove is believed to have been the site of one of four prestigious manors of Eversley, which are actually mentioned in the Domesday book of 1085 as under the overlordship of St Peter of Westminster.

The magnificent building, also known as Eversley Manor, was built almost three centuries ago in 1736, when the land was bought by the highly respected Wadham Windham. The stunning original architecture is attributed to a prolific and highly esteemed architect of the era called John James of Greenwich. John James was an apprentice bricklayer to the Master Carpenter of the Royal Crown from 1603-1706. Appointed to re-build St Mary’s Church in Twickenham after it collapsed in 1713, the architect was also responsible for designing other prestigious buildings such as Orleans House, his own, Warbrook house and ultimately became the surveyor of St Paul’s Cathedral. 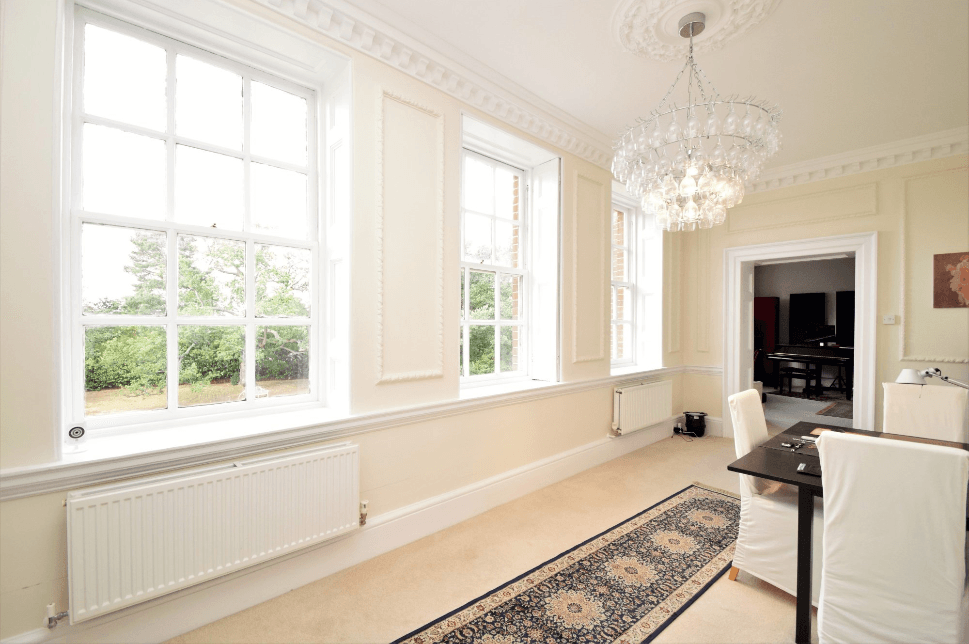 The manor was acquired by a variety of private owners of high status in the following years, including George Cure Esquire and Robert Breoff Esquire in 1808, followed by the Esquire of Weybridge in 1841, Miss Eliza Campbell of Bernard Saint Russel Sq, Middlesex & William George Tiley in 1847 and the Right Honourable Thomas Erskine and family in 1852.

Circa 1867, the property fell into the prosperous and admirable hands of The Tindals. An affluent and business oriented family, the Tindal’s had interests as far-reaching as Australia. Charles Tindal boasted a well-established repertoire, ran a thriving horse racing stables and owned a number of cattle stations and a cannery. The Tindal family were forward thinkers for their time; impressively for the era, Charles Tindal’s offspring were born across the globe in Australia, Canada and England, and the family were avid commuters.

The property stayed with the Tindals for some time, inherited by Anne
Grant Tindal in 1914, just before the outbreak of the war. An inspiring,
compassionate World War I personality, Anne Tindal generously opened
the house as a private hospital for soldiers, featuring ten beds. The
house became Eversley Auxillary Hospital from 1917-1919. 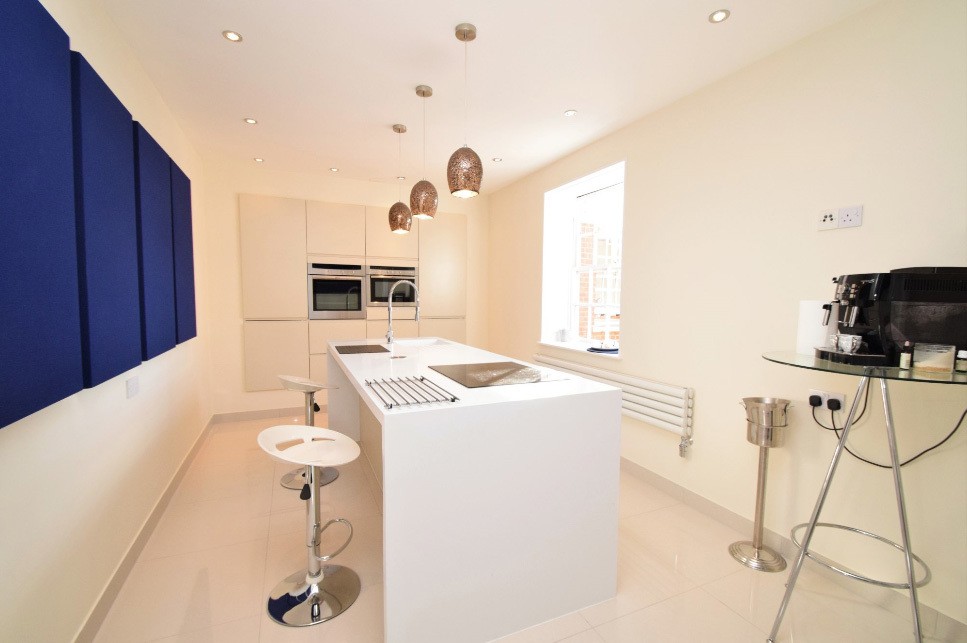 After passing into the hands of George Sammuel Fernando, previously the owner of the renowned Basildon Park, in 1922, Sir Denzel and Lady Cope moved into Firgrove in 1935 when they sold the Bramshill Estate to Lord Brocket. Lord Brocket’s real name was Mr Ronald Nall Cain, previously a highly popular MP for Wavertree. The Lord bought the Bramshill residence as a second home, where he could indulge in some quality time further away from London. He was the last private owner, and the building was skilfully converted into apartments by Crossfields Developments in 2004. 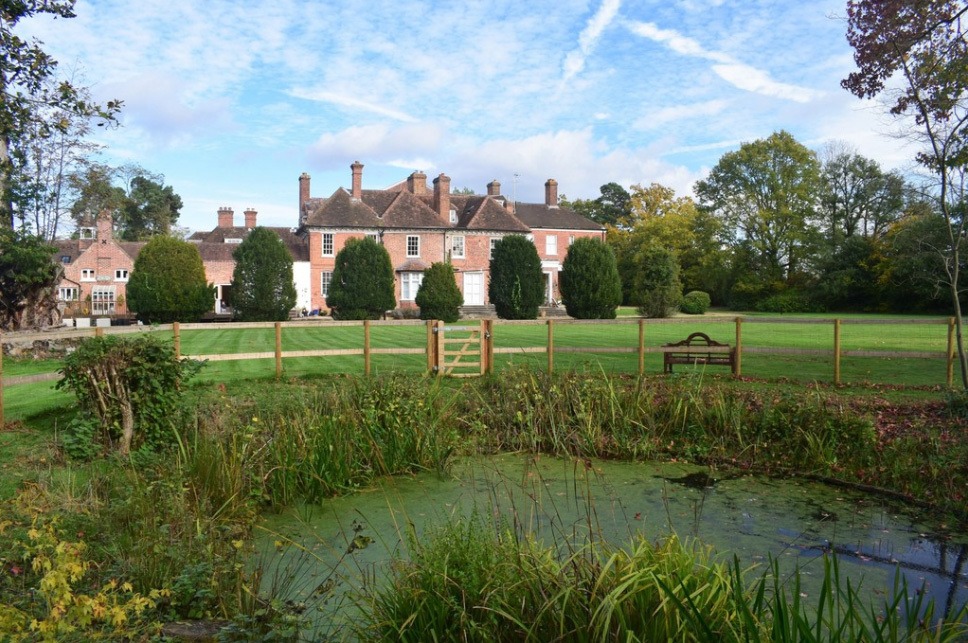 The apartment at Firgrove Manor presents, as you would expect, refined and tasteful living accommodation, yet offers spacious rooms with a unique structure. A large bedroom and drawing room both feature characterful bay windows, whilst a long dining room spans between them, enhanced by picture windows, with traditional finishings in all of the three rooms, creating a grandeur effect. A luxurious and exceptionally modern, minimalist style refitted kitchen complements the apartment. Thoughtfully merged with the traditional surroundings, the kitchen presents a beautiful, contemporary, bright and airy, spacious room featuring integrated appliances. Further modern luxury is presented by a contemporary bathroom, featuring a freestanding bath as well as a large walk-in shower, enhanced by the traditionally vaulted ceilings.

This magnificent apartment is just waiting for the next esteemed owner to move in and enjoy all of the luxury and splendour that could possibly be offered by such a prestigious building.  If you would like to know more, please contact our Yateley branch, 01252 597900, [email protected]. 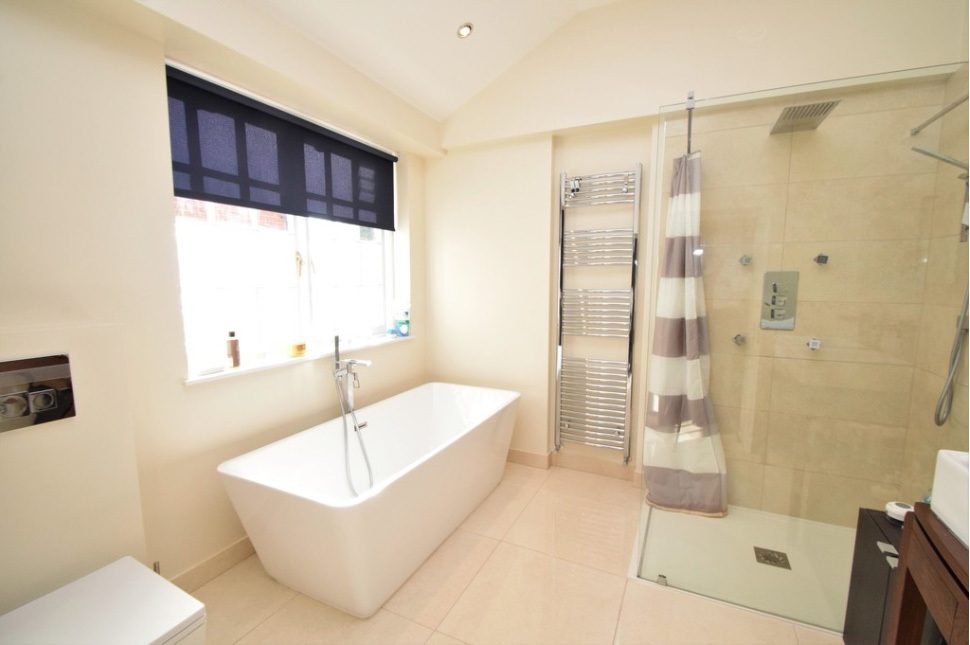 See all in Selling & Buying Back to blog page