The homes of Love Actually

The cult classic from 2003 makes a return on Friday 24th March for a very good cause, Red Nose Day. The beloved film will finally see a sequel (of a sort) 14 years down the line, catching up with some of our favourite characters.

Rumour has it that Hugh Grant is still Prime Minister, and making brilliant speeches, that the airport chase scene worked wonders for young Sam and Joanna, and that Rowan Atkinson is still taking an age to wrap a single gift. Whilst we can’t know any of these to be true until the big reveal in just a couple of weeks, what we do know is how the homes of Love Actually have faired. When you think of everything that has happened in the world since 2003, it’s no surprise that the values of the homes from the film have peaked, and that the rental values are completely unbelievable for their characters.

Natalie (Martine McCutcheon), the one with choice language on her first day working at Downing Street, lived with her family in Wandsworth, the dogdy end. At the end of the film you see the Prime Minister and his security detail knocking from door to door to find the right one. In 2003 the home was valued at just over £255,000, however if you were to invest today it would set you back £1.1million, a phenomenal rise in just 14 years. The rental demand would likely be approximately £2,300pcm. Perhaps the “dodgy end” is no longer dodgy. 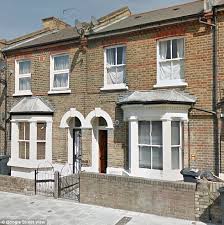 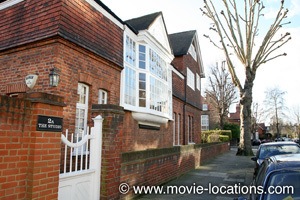 At the start of the film, Jamie (Colin Firth), lives with his girlfriend in a gorgeous flat in Chiswick, that is until he finds she’s been cheating on him with his brother and flees to France.

The garden flat used in the film is actually a Grade II listed apartment, formerly used as an artist’s studio. It was originally built for English watercolour Artist, Joseph Nash. As an artist’s studio it is configured as an open plan layout with a large amount of natural light, and was recently sold for an incredible £1.5million.

This French bungalow can be found just under an hour away from St Tropez on over 4.5 hectares of land. Featuring four bedrooms, two baths, a swimming pool, a terrace, a guest house in need of renovation; all overlooking the lake. The home was actually sold in 2010 for €899,999, but unfortunately did not include Mr Darcy.

With the end of the film bringing the characters together, there are many scenes that have remained memorable for 14 years, one in particular was Mark (Andrew Lincoln)’s declaration of love through cue cards to Juliet (Keira Knightley). This takes place in St Luke’s Mews, Notting Hill where the same apartment that the characters lived in would now cost approximately £2,750pcm in rental costs.

If you’re looking for a house that you can love, actually, we have homes to rival the likes of the above, simply visit www.mackenziesmith.co.uk for our full collection, alternatively register your requirements with your local branch who will keep you informed of all the suitable properties coming onto the market.

See all in Blog Back to blog page